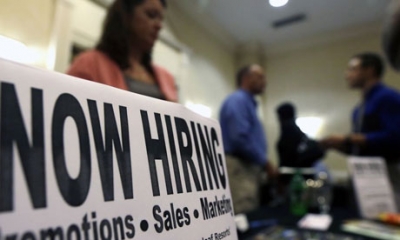 Indications are that some 3,000 Jamaicans will get jobs under the United States overseas hospitality programme this year as several new employers enter the market.

The projection was made by Minister of Labour and Social Security Dr Fenton Ferguson last Wednesday as he hosted five US recruiters at the Hilton Rose Hall in Montego Bay, St James.

The recruiters, some with relationships with Jamaica going back 17 years, were in the island seeking to employ more than 260 seasonal Jamaican hospitality workers for the states of North and South Carolina, Georgia, and Michigan.

Rebound In The Market

The latest recruiting drive is a clear indication of a rebound in the market, which dipped in 2008, but has been seeing an upward trend since 2010.

He noted that this year promises the possibility of an even more significant increase. "Not only have new employers shown an interest, but a few formerly registered with the ministry, but ventured to participate in the private employment programme, are now returning."

The labour minister said part of his mandate, as instructed by Prime Minister Portia Simpson Miller, is to look at the whole question of labour market reform; growing the overseas programme, even while repositioning the ministry to be seen in the context of contributing to the country's growth agenda.

"And to see it in connection with our 2030 development objective of the country, ensuring this is properly aligned," Ferguson told the group of employers, who lauded Jamaicans as key to their businesses.

"You cannot teach friendly, and that's what Jamaicans have over the other nationalities employed to the programme. If there were 25 hours in a day, Jamaicans would have no problem working. They bring a lot to the table ... the Jamaican work ethic is great," says Sea Island's Jonathan Jerusalmy.

His colleague and senior recruiting manager, Margaret Harris, said she would employ a Jamaican over a Filipino or a Romanian any day.

But Harris expressed concern that the programme, which could be doing so much more for Jamaica, is being frowned on by some in the US who see it as taking jobs from Americans.

"And it's not taking jobs from Americans. We are employing Jamaicans in areas where we cannot hire Americans because of lack of population or quality workers," said Harris.

She argued that by bringing international team members to the US, this actually increases jobs for Americans through transportation, housing and the local economy.

"TJ Max is almost completely bought out when everyone is getting packed and ready to go back home. The problem with the programme is not on the Jamaican side, it's on the American side; because of the restrictions and all of the different changes to the programme that is been imposed, it is increasingly difficult for us to get our visas granted."

She urged the labour minister to seek audience with the decision-makers in Washington, DC.

"If you (Minister Ferguson) know anyone in Washington call them, maybe they would better understand the programme and why employers look to it for help," she stated.

Ferguson said one of the things he planned to do was to ask for a meeting with the US ambassador to Jamaica and Jamaica's emissary in Washington.

This email address is being protected from spambots. You need JavaScript enabled to view it.

Enter your email address to stay connected with us: